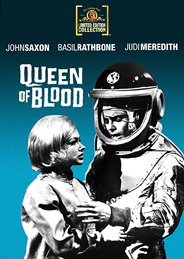 These discs are recorded in limited quantities unless orders exceed stock, at which point more are made to fill orders. The discs include no extras, but allow fans to get films from the archives which might not otherwise be available.

March releases include the sci-fi horror schlock classic Queen of Blood, which was one of the films that inspired Alien, along with the 1958 horror feature The Black Sleep (with Basil Rathbone, John Carradine, Bela Lugosi, and Lon Chaney, Jr.), Daughters of Satan and Larry Cohen’s little seen paranoia thriller The Ambulence.